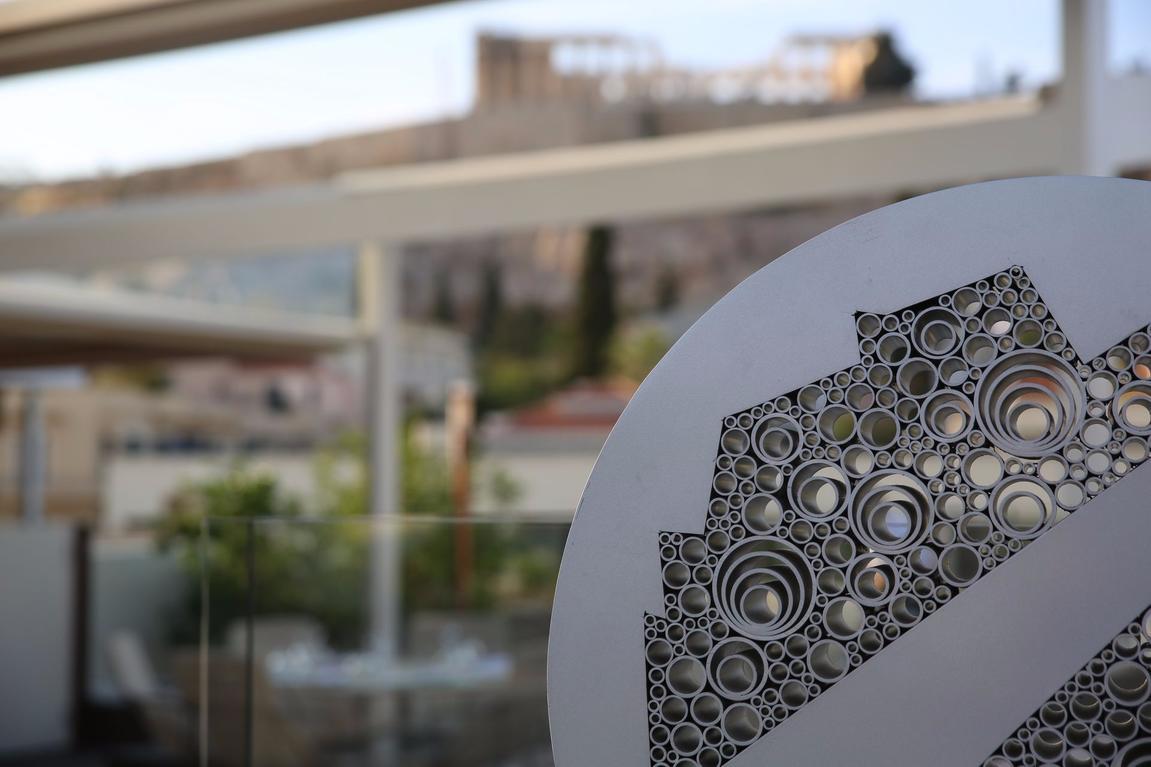 With its unique character reflected in little gestures and grand artworks, Herodion is designed to please all the senses, all at once.

A pure representative of the post-war style of architecture, the clarity and functionality of the original design, and the ’60s character of the Herodion come through in its minimalist, yet warm design elements.

Reflecting our belief that tourism is inextricably linked to culture, the Herodion’s corridors and halls showcase works of contemporary Greek artists, providing guests not just with an opportunity to plunge into the Greek creative scene but also to feast on a visual abundance of paintings, sculptures and photography exhibits of renowned artists. Christina Sarantopoulou’s stunning metal sculpture ‘Fingerprints’, which greets you at the entrance of the hotel, sets the tone for what to expect in the hotel. Modeled on the imprints of Herodion’s family members, the sculpture not only conveys the sense of personal touch but also the unique identity of each individual guest who walks into the hotel. Also in Herodion’s lobby, Nota Tsitora’s female metal figure “Clotho”, one of the three ‘fates’ that determines human destinies, creates a different visual narrative. Myrto Vratsanou’s gentle, shimmering turtles perched on the rooftop, lend the Herodion a serene, almost Zen character. 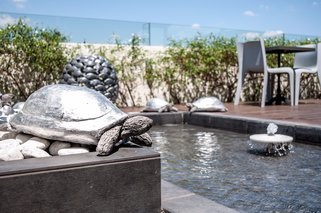 Welcome to your home under the Acropolis

Check out the latest news regarding COVID-19 measures applied in our hotel.